New report from The Climate Science Legal Defense Fund A Guide to Open Records Laws and Protections for Research Materials  distills state open records law and describes how such can potentially be used to protect research materials.

The past spring featured below average temperatures, which will likely mean fewer mosquitos during the summer according to RCI affiliate Dina Fonseca. Extreme temperature swings are not conducive to a booming mosquito population, as cold weather can kill mosquito larvae that start to develop after a period of warm weather. Unfortunately, mosquitos have multiple generations during the summer and there is plenty of time to catch up.

A military study has revealed that thousands of tropical islands are at risk for becoming uninhabitable by the middle of the century due to rising sea levels, reports the Washington Post. The timing is dependent on the rate of climate change and the stability of Antarctica, according to RCI affiliate Bob Kopp who is featured in the article.

RCI affiliate Benjamin Horton describes New Jersey as a sea level ‘hot spot’ due to rising sea levels and subsidence along the NJ coast, reports the Press of Atlantic City. Engineering solutions may not be enough to confront this issue.

The State of New Jersey has passed legislation to bolster nuclear and renewable energy production, as reported by the New York Times and Vox.  More than half of New Jersey’s energy comes from natural gas, while 40% comes from nuclear power plants, which struggle to remain open because they don’t receive renewable energy subsidies. New legislation increases the amount of renewable energy utilities will be required to generate, lays the foundation for the development of offshore wind, and grants a $300M subsidy for nuclear power plants.

Former NYC mayor Michael Bloomberg has pledged $4.5m to cover the lapsed commitment by the US towards the Paris Climate Accord. President Trump announced the US would be pulling out last June,  leaving the commitments agreed upon in 2015 as unfulfilled.

As it becomes less likely that the world will hit emission reduction targets required to avoid extreme climate change, some see geoengineering as a possible last resort to temporarily cool the earth. Alan Robock, RCI affiliate, in contrast, has a list of 27 reasons why such drastic measures shouldn’t be taken, as reported in Business Insider. From the destruction of the ozone layer, to other unintended consequences, there are a myriad of side effects to geoengineering that must be considered before implementation of such a risky move.

Climate change has allowed trees to bloom two to three weeks earlier now compared to the past, according to researchers from the USGS and reported in North Jersey.com. Many of the records come from historical sources such as journals or people who kept detailed records of the time of the year when plants bloomed. As the climate continues to warm, tree species in the Northeast will likely see declining populations in the south and increasing populations in northern areas.

The speed of the Atlantic Meridional Overturning Circulation (AMOC) has been reduced by 15%  since the mid-20th century according to new research in Nature and reported by ThinkProgress. AMOC transports heat to higher latitudes, and its reduction causes colder temperatures in Europe and warmer temperatures and higher sea level along the eastern US. According to RCI affiliate Jennifer Francis, warmer sea surface temperatures along the east coast puts the region at risk for more intense tropical cyclones, if they happen to move through those areas.

The National Academies of Sciences, Engineering, and Medicine released Improving Characterization of Anthropogenic Methane Emissions in the United States, which summarizes the current state of understanding methane emissions sources, informing future research agendas for NOAA, the EPA, NASA and the USDA. 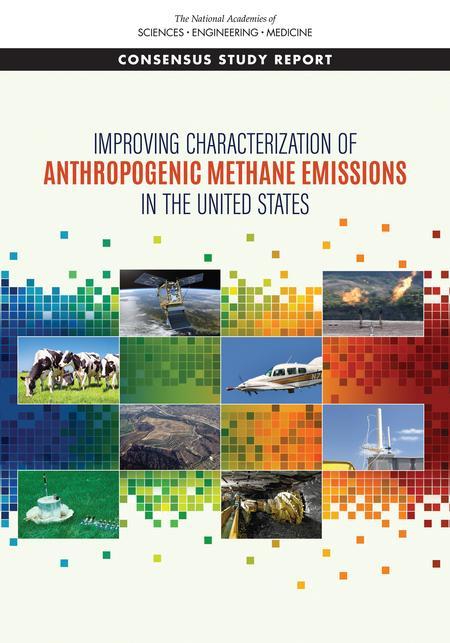 RCI affiliate Alan Robock was interviewed by the BBC to discuss what the climatic effects of a nuclear war would look like for the Earth. Robock has researched the prospect of nuclear winter extensively, which would occur when smoke aerosols enter the stratosphere and reflect sunlight globally. Robock’s recently published paper on the consequences of the next VEI 7 eruption (where VEI7 refers to an eruption with greater than 100 cubic kilometers of material) is examined in an EOS article that discusses whether or not the Earth is ready for the next large volcanic eruption. Global scale disruptions that would result from a mega-eruption are discussed in this article.

Climate change and ocean acidification will affect different marine species in different ways according to an article by Wired. While many species with carbonaceous shells will be unable to form shells in low pH water, other species may actually thrive. Rutgers researcher Grace Saba plans to investigate which species will benefit and which will suffer by launching an ocean acidity sensor on an underwater drone, to sample the cold pool that sits on the US continental shelf, with the goal of understanding how organisms that can not move with climate change will be able to adapt.

Four coastal storms impacted the Garden state in March of 2018, and with more snow on the way in April, RCI affiliate and State Climatologist David Robinson discusses how unusual current weather patterns are in an NJ.com article. According to Robinson, it is not unusual to see snow in late winter into early spring, but the amount that we have seen is unusual. Three storms produced more than half a foot in some areas of New Jersey in March. Storms of that magnitude have occurred less than a dozen times in the historical record.

Alexander Schumaker, doctoral candidate in Microbial Biology and a student of RCI affiliate Debashish Bhattacharya’s lab was awarded the 2017 PacBio SMRT grant for his proposed research on the coral microbiome. PacBio is the leader in long-read sequencing, and Schumaker has recently used their technology to generate high-quality genome assembly from rice coral, a reef-building coral in Hawaii.

A report on the intersection of US climate policy and trade has been released by Resources for the Future, titled Framework Proposal for a US Upstream Greenhouse Gas Tax with WTO-Compliant Border Adjustments. Policies designed to address climate change through upstream fossil fuel production could disadvantage manufacturers in energy-intensive industries by shifting production to nations with less-stringent policies.  To prevent the loss of jobs and investments, this report describes a framework of border adjustments that are compatible with national obligations under both the WTO and the United Nations Framework Convention on Climate Change. This includes an upstream tax on GHG emissions and export rebates and import charges for products from disadvantages manufacturers.

Clinical care and personal behavior contribute 30% to overall health outcomes, while social and environmental factors account for another 50%, according to RCI affiliate Jeanne Herb in an Op-ed in NJ Spotlight outlining ways to improve New Jersey’s health. These statistics show the importance of considering health outcomes in policy decision making. Although New Jersey has a high median-household income and an extensive healthcare system, the state is only ranked 12th among all states for health and wellbeing. Herb argues that significant improvements can be made if we focused on the potential impacts of decisions by expanding the use of HIA (Health Impact Assessments). HIA helps communities, decision makers, and practitioners evaluate potential health effects of a plan, policy, or project.