A new study which includes RCI affiliate Alan Robock and Rutgers research associate Lili Xia and postdoc Brian Zambri, addresses the devastating consequences of  undergoing a geoengineering technique called solar radiation management (as a potential tool to offset climate warming) with sulfate aerosols to block sunlight, then suddenly stopping. At the onset of an abrupt stop, a rapid increase in temperature would be ‘devastating’ for plants and animals, according to Robock in Rutgers Today. The important implications of this study have been picked up by media outlets nationally, such as Reuters, Science Magazine, Science Daily, Wired, and USA Today.

Officials in the Montecito, CA area were well aware of an extreme mudslide danger due to recent wildfires combined with the forecast of heavy rain. Unfortunately, 20 people died in this tragic event. Communicating extreme dangers is far from straightforward as every extreme event is different and sometimes things aren’t as clear cut as ‘just evacuate’, as explored in The Independent. RCI affiliate Cara Cuite discusses why citizens did not evacuate and how it’s not enough to tell people that they are at risk, but it’s imperative to tell people how to reduce that risk so they do not panic.

Snowfall this season is close to average across New Jersey with the exception of parts of South Jersey which are above average for the season. RCI affiliate Dave Robinson clarifies that the amount of snowfall in the first half of the winter typically has no correlation with the amount of snow in the second half of winter in an NJ.com article.

RCI affiliate Debashish Bhattacharya has been selected as a member of a new National Academy of Sciences, Engineering and Medicine committee to review the science, as well as assess risks and benefits of ecological and genetic  interventions to increase the resilience of coral reefs. Climate change threatens coral reefs worldwide with bleaching events and disease outbreaks. . This committee will consider near and future risk scenarios (5 to 20 years) and intervention strategies will be evaluated with respect to long-term persistence and resilience of tropical coral reefs and their ecological functions.

RCI affiliate Jason Grabosky weighs in on the risk assessment behind determining whether or not to cut down old or decaying trees, such as the old Southern magnolia tree at the White House which recently made headlines. Fear of trees falling during windstorms causes many healthy trees to be taken down. Modern engineering efforts can extend the lifetime of already sturdy trees, which Grabosky refers to as ‘engineering our way out of the biology.’

In her post in The Conversation,  RCI affiliate Jennifer Francis discusses how her research, which has attempted to link the warming Arctic with a more wavy jet stream, may be able to explain the recent impressive cold spells over the eastern US.

The National Academies of Sciences, Engineering, and Medicine has appointed a new Advisory Committee for the Climate Communications Initiative (CCI), aimed at enabling its work on climate science, impacts, and response options to inform decision makers and the public. RCI affiliate Bill Hallman is a member of this new committee. RCI affiliate Bill Hallman has been selected as a member of this new committee. 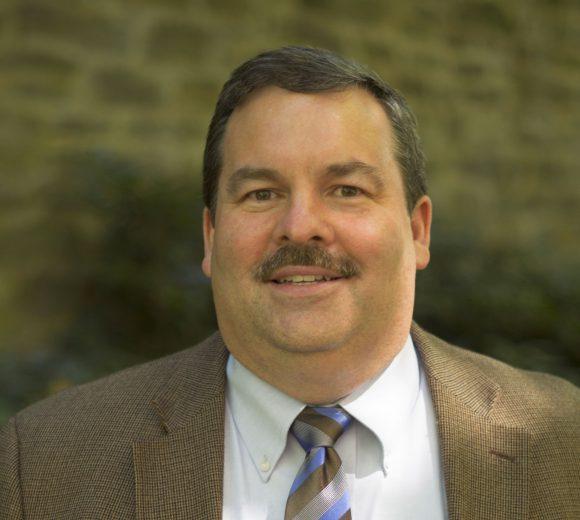 Increased transport of warm ocean air is responsible for mountain peaks in Alaska gaining snow while the state continues to warm at a rapid pace, according to the Washington Post. RCI affiliate David Robinson, who is an expert on snow cover, describes this as the work of natural and anthropogenic influences combining to create an unlikely result in a warming world.

The National Academies of Sciences, Medicine, and Engineering has released Coastal Blue Carbon Approaches for Carbon Dioxide Removal and Reliable Sequestration  a workshop proceedings on carbon dioxide removal techniques. The benefits and risks of different methods of carbon sequestration such as coastal and land ecosystem management, accelerated weathering, bioenergy with carbon capture, direct air capture, and geologic sequestration are discussed in detail.

RCI affiliate Enrique Curchitser participated on the scientific panel on Climate Variability and Change that deliberated in the  National Academies of Sciences, Engineering and Medicine decadal survey on the future priorities of space-based earth operations.  Building on the first survey published in 2007, this report Thriving on Our Changing Planet identifies reducing the most important research priorities as climate uncertainty, improving weather forecasts, and understanding sea level rise.

NOAA released their 12th annual Arctic Report Card, a peer-reviewed report providing information on the Arctic and comparing current observations with long-term records. The report is intended for decision-makers at local, state, and federal levels. The report explains how warming in the Arctic is negatively affecting eastern Bering Sea fisheries, damaging infrastructure, and increasing the number of wildfires.

Congratulations to RCI affiliate Robert Kopp Professor of Earth and Planetary Sciences and Director of Rutgers’ Institute of Earth, Oceans, and Atmospheric Sciences, who has been awarded the prestigious James B. Macelwane Medal at this years American Geophysical Union Fall Meeting Honors Ceremony, held on 13 December 2017 in New Orleans, La. The medal is for “significant contributions to the geophysical sciences by an outstanding early career scientist.” Professor Kopp, discusses the impact of an unstable West Antarctic ice sheet on future sea level rise projections. Less severe projections are around 2 feet while more severe projections are around 6 feet, which would inundate the homes of more than 150 million worldwide.

The Food and Agriculture Organization of the United Nations released the report Migration, Agriculture, and Climate Change: reducing vulnerabilities and enhancing resilience. Migration can be an adaptation strategy to climate change, but poorly managed migration can increase vulnerability to climate risks. Addressing challenges to migration under climate change is vital, especially for less developed countries. Additionally, FAO has released these additional reports: Africa Regional Overview of Food Security and Nutrition 2017, Social Protection, Emergency Response, Resilience, and Climate Change, Save Food for a Better Climate.

CDC has released a  Death Scene Investigation after Natural Disasters or other Weather -Related Events   for public health surveillance during disasters including guidance on death scene investigations after weather-related events such as heat waves and hurricanes.

The EPA’s Heat Island Reduction Program has come out with a new webpage that provides a simple decision framework for designing an assessment of a city’s heat island effect. The National Academies of Sciences, Engineering, and Medicine released a report titled Sustaining Ocean Observations to Understand Future Changes in Earth's Climate  which describes the critical role that ocean observations play in understanding long-term climate change and variability.

In addition, the Alliance has posted the video: There are benefits to addressing climate change beyond reducing greenhouse gases.

the video: Addressing climate change is a monumental opportunity.

the video: Economic development and environmental protection can happen hand in hand.

the video: Climate change is a problem we can solve.

the video: NJ can make a difference

the video: Municipalities are the front lines of climate change

as well as the video: We can improve the well-being of vulnerable communities in New Jersey

Congratulations to RCI Affiliate Jeanne Herb and RCI Associate Director Marjorie Kaplan on receiving the 2017 Public Health Advocates of the Year Award by the New Jersey Local Boards of Health Association. Herb and Kaplan are co-facilitators of the New Jersey Climate Change Alliance and through their work with the Alliance they were recognized for their outstanding contribution to public health in New Jersey.